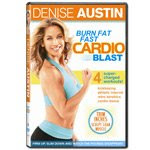 Time to crack heads and bust some more myths!I need to thank Layne Norton for pointing this one out! The big take away is that doing your cardio in a fasted (no food) state is probably not the best approach, and a min is not more effective despite all the articles you read about targeted fat loss with early AM cardio. Others will argue that if they have some protein or branched chain amino acids in the AM, then do cardio it will help protect muscle and target fat more. Well, they did not look at during this study and not to split hairs but that is not technically fasted cardio now is it?

I am not the first to point this out and others like Alwyn Cosgrove have been saying this for years, but it is cool to see a study on it.

Skeletal muscle gene response to exercise depends on nutritional status during and after exercise, but it is unknown whether muscle adaptations to endurance training are affected by nutritional status during training sessions. Therefore, this study investigated the effect of an endurance training program (6 wk, 3 day/wk, 1-2 h, 75% of peak Vo(2)) in moderately active males. They trained in the fasted (F; n = 10) or carbohydrate-fed state (CHO; n = 10) while receiving a standardized diet [65 percent of total energy intake (En) from carbohydrates, 20%En fat, 15%En protein]. Before and after the training period, substrate use during a 2-h exercise bout was determined.

Neither IMCL breakdown (P = 0.23) nor fat oxidation rates during exercise were altered by training. Thus short-term training elicits similar adaptations in peak Vo(2) whether carried out in the fasted or carbohydrate-fed state. Although there was a decrease in exercise-induced glycogen breakdown and an increase in proteins involved in fat handling after fasting training, fat oxidation during exercise with carbohydrate intake was not changed.